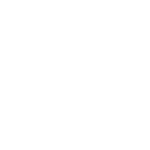 “Kim Chae Won” (김채원), also simply known as “Chaewon” (채원) is a former member of IZ*ONE. She is the leader of LE SSERAFIM under Source Music and a former trainee from Woollim Entertainment, who became a member of the project group after participating in Produce 48 as a contestant and finishing in 10th place in the ranking.

On May 11, 2018, Chaewon was announced as a contestant on Produce 48, as a trainee under Woollim Entertainment along with Kwon Eun Bi, Kim Su Yun and Kim So Hee. She was apart of a performance team named Memory Fabricators along with Yabuki Nako, Jang Gyu Ri, Jo Yu Ri and Na Go Eun. She finished the competition in 10th place with 2,238,192 votes, debuting as a member of the project group, IZ*ONE.

On August 17, rumors surfaced that she would be recruited into Source Music's new girl group. Later, both HYBE and Woollim Entertainment, the agency that represents Chaewon, released a brief statement in response to the claims that they "cannot help verify information regarding our artist contracts. We ask for your understanding.” Later on, Woollim Entertainment was withdrawn from the information about Chaewon on Naver. In addition, her profile has also been deleted from the company's official website, increasing rumors that her contract has been completely transferred to HYBE.

On April 7, Chaewon was revealed as the fourth member of LE SSERAFIM. She was announced to be the leader soon after she was revealed, confirming the leak from March 24. The group officially debuted on May 2, 2022 with the mini album Fearless. 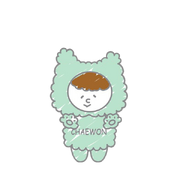