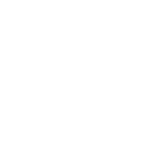 “Lee Chae Yeon” (이채연), also simply known as “Chaeyeon” (채연) is a former member of IZ*ONE. She is a trainee under WM Entertainment, who became a member of the project group after participating in Produce 48 as a contestant and finishing in 12th (Last) place in the ranking.

Having trained for a little over a year as an idol, on May 5, 2015, Chaeyeon and her sister joined JYP Entertainment's girl group reality competition television series, SIXTEEN, to create a new girl group, TWICE. She was eliminated in the episode 3.

On May 11, 2018, Chaeyeon was announced as a contestant on Produce 48, as a trainees under WM Entertainment. She was apart of a performance team named SummerWish along with Miyazaki Miho , Shitao Miu, Kim Minju and Goto Moe. On August 30, she finished the competition in 12th place with 221,273 votes, debuting as a member of the IZ*ONE project group.

Following IZ*ONE's disbandment, on August 24, 2021, Chaeyeon was confirmed to be a contestant on Mnet's dance survival show Street Woman Fighter as a member of the 'WANT' dance crew. On the sixth episode, the crew was eliminated after ranking 7th overall.