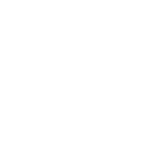 Off The Record, AKS

On September 29, 2021, following her return and reappearance as a member of the group after IZ*ONE's disbandment, Hitomi had her first comeback with AKB48 with the group's fifty-eighth single "Nemohamo Rumor".

On January 1, 2022, Vernalossom announced that her contract with them has ended, and that she would be transferring to DH.

She was born in Tochigi Prefecture, Japan. Her family consists of her mother, father, her older sister Erii, her older brother Mitsu and her dog Pome. She is known for having chubby cheeks and was a top student. Even though she has a busy schedule, she studies hard. She is also part of her school's cheerleading team, and even joined a dance team. That love for dancing made her audition in AKB48.

Hitomi auditioned for AKB48's Team 8 in 2014 and was accepted into the group at the age of 12, representing Tochigi Prefecture. And she is also a concurrent member in Team B. She rank 82nd in the World General Election. In 2018 she pariticipated in NO WAY MAN alongside Sakura and Nako which will be there last release before temporarily joining IZ*ONE. This marks Hitomi's AKB48 A-side debut. After coming back in Japan she is one of the members chosen to be a senbatsu member for AKB48 58th single Nemohamo Rumor and is also chosen to be a media senbatsu. Making this her 2nd A-side participation.

On May 11, 2018, Hitomi participated in the reality girl group survival show, Produce 48. Her first grade evaluation is C and became A after being re-evaluated, she shocked the coaches and viewers for her great dancing skills. She became one of the fan favorites because of her refreshing voice and great dancing skills. She was apart of a performance team named Love Potion along with Shiroma Miru, Kim Na Young, Kim Do Ah, and Jang Won Young. She finished the competition in 9th place with 240,418 votes, debuting as a member of the IZ*ONE project group.

The group officially debuted on October 29, 2018, with the mini album COLOR*IZ and its title track, La Vie en Rose. 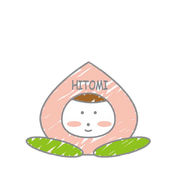