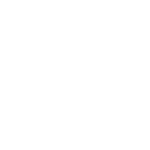 Off the Record, 8D Creative

Kang Hye Won (강혜원) is a contestant of Produce 48. She is a trainee under 8D Creative. Hyewon ranked at #8 on the final episode, making her a member of IZ*ONE.

Kang Hyewon was born on July 5, 1999 in Yangsan, South Gyeongsang, South Korea. Her family consists of her Mother, her Father, her younger brother Kyeong-woo and their dog Zeze. Hyewon is known for being a math genius and having an ulzzang face. She is also called the 'Selca Queen' for her great photography skills.

On 2018, she was announced to be participating the show. She impressed the fans and coaches with her visual beauty, Hyewon was known as the innocent rapper and was mysterious. She was apart of a performance team named The Promise along with Wang Yiren, Park Haeyoon, Miyawaki Sakura and Takeuchi Miyu. She finished 8th place with 248,432 votes making her debut in IZ*ONE.

Retrieved from "https://iz-one.fandom.com/wiki/Hyewon?oldid=20216"
Community content is available under CC-BY-SA unless otherwise noted.