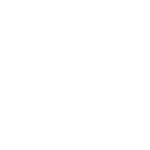 “Kim Min Ju” (김민주), also simply known as “Minju” (민주) is a former member of IZ*ONE. She is an actress under Urban Works Entertainment, who became a member of the project group after participating in Produce 48 as a contestant and finishing in 11th place in the ranking.

Kim Minju was born in Febuary 5 2001 in Miseong-dong, Seoul, South Korea. Her family consists of her mother, her father, her older brother and younger sister.

She is known to be really beautiful with an ulzzang face, which led her to doing different ads and cfs. Also starring and making cameos in K-dramas.

Minju was scouted on the streets by the Urban Works casting director, and passsed the audition when she was in 8th Grade. She was supposed to debut with Kriesha Chu but their debut got cancelled.

On 2018 she was announced as a participant of the show, with her first grade evaluation being D, but re-evaluated to a C. Viewers and the coaches are happy to see her improve through out the show. She is known to have a undeniable pretty face that makes her look like an angel.

She was apart of a performance team named SummerWish along with Miyazaki Miho, Lee Chae Yeon, Shitao Miu and Goto Moe. She finished 11th place with 227,061 votes making her debut in IZ*ONE.

Following IZ*ONE's disbandment, Minju did not continue her activities as an idol and pursued her career as an actress as she was trained for.

She attended Sungbo Middle School and Samsung High School but left to study in the Seoul School of Performing Arts (SOPA). 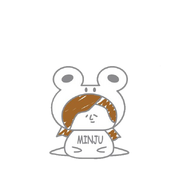