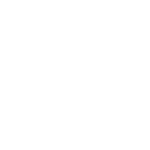 Off The Record, HKT48

Nako was a big fan of Sashihara Rino. During an AKB48 handshake event, Sashihara told Nako to audition for the group. Instead, Nako auditioned for HKT48, as Sashihara was demoted and transferred to HKT48 Team H. Nako passed the audition for HKT48’s 3rd generation.

Nako took part of Produce 48 under HKT48. She was apart of a performance team named Memory Fabricators along with Kim Chaewon, Jang Gyuri, Jo Yuri and Na Goeun, she finished the competition in 6th place with 261,788 votes, debuting as a member of the IZ*ONE project group.

Retrieved from "https://iz-one.fandom.com/wiki/Nako?oldid=9964"
Community content is available under CC-BY-SA unless otherwise noted.