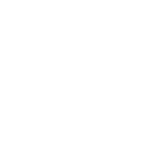 Off The Record, Yuehua Entertainment

“Choi Ye Na” (최예나), also simply known as “Yena” (예나) is a former member of IZ*ONE. She is a soloist under Yuehua Entertainment, who became a member of the project group after participating in Produce 48 as a contestant and finishing in 4th place in the ranking.

She is born on September 29 1999 in Gil-dong, Seoul, South Korea. Her family consists of her mother, her father, her older brother Sung-min and her dog Ganjang.

As a child, Yena was diagnosed with lymphoma, due to financial difficulties in paying for treatment costs, her parents sold Gimbap [1] on the streets every morning. [2]

Her older brother is Sungmin, a former member of SPEED. His group did not go well, which is why her parents were reluctant to let their daughter become an idol.

On May 11, 2018, Yena was announced as a contestant on Produce 48, as a trainee under Yuehua Entertainment. She is known as a bubbly, bright and funny girl offstage, but owns a strong aura when on stage. Yena is also one of the all-rounders. She was apart of a performance team named 1AM along with Lee Ga Eun, An Yu Jin, Heo Yun Jin and Takahashi Juri. On August 30, she finished the competition in 4th place with 285,385 votes, debuting as a member of the project group, IZ*ONE.

On August 10, 2021, Yena's agency, Yuehua Entertainment, reported that she would be debuting as a solo artist within the second half of the year, though nothing was confirmed at the time. However, on October 4, it was announced that her solo debut album would be postponed to take place during the first half of 2022.

On October 7, she was confirmed to make her acting debut. She appeared on the second season of the drama The World of My 17 as the lead female, with her character name being Oh Na Ri.

With a New Year's greeting message on January 1, 2022, Yena officially confirmed that she would be making her long-awaited solo debut with the mini album SMiLEY on January 17. 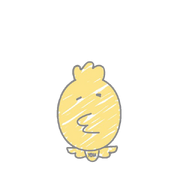