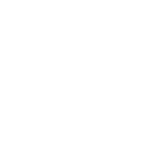 Off The Record, Starship Entertainment

“An Yu Jin” (안유진), also simply known as “Yujin” (유진) is a former member of IZ*ONE. She is a member of IVE under Starship Entertainment, who became a member of the project group after participating in Produce 48 as a contestant and finishing in 5th place in the ranking.

An Yujin became a trainee in 2017 under Starship Entertainment and made her first appearance starring in Soyou and Baekhyun's collaboration song "RAIN" in February 2017, then made her second appearance in SANDEUL and Yoo Seungwoo's music video for "OPPA (오빠)" in June of the same year. Yujin then appeared in a set of commercials and advertisements for 'ACUVUE Vita Lenses' as the main protagonist, gaining recognition from netizens. She made her second music video appearance as the female lead in Jeong Sewoon's "JUST U" and made her first stage appearance as a back up dancer for Jeong Sewoon's "BABY, IT'S U" on the 557th episode of M COUNTDOWN. She also appeared in a commercial for the skincare brand 'Clearteen' with ASTRO'S Cha Eunwoo.

An Yujin appeared in Produce 48 as a trainee representing Starship Entertainment with fellow trainees Jang Won Young and Cho Ka Hyeon. Yujin maintained a stable rank of 2nd throughout the first 5 episodes then slowly dropped to the 14th rank in episode 11 after performing as the center of the concept song, I AM. In episode 12, Yujin became the 5th sub vocalist for "We Together" and managed to rank 5th with 280,487 live votes, placing her in IZ*ONE.

On August 22, 2021, Star News reported that Yujin fellow former IZ*ONE member Wonyoung would be members in Starship's upcoming girl group, set to debut in the second half of the year. Starship confirmed the plans, but did not share if the two would be part of the group.

On November 2, following the official reveal of the girl group, an article was published on Naver confirming that Yujin will be making her re-debut as the leader of IVE. The group debuted on December 1, 2021 with the single album "Eleven". 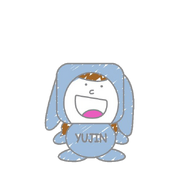