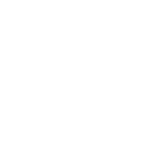 “Jo Yu Ri” (조유리), also simply known as “Yuri” (유리) is a former member of IZ*ONE. She is a soloist under WAKEONE, who became a member of the project group after participating in Produce 48 as a contestant and finishing in 3rd place in the ranking.

Jo Yuri was born on October 22, 2001 in Munhyeon-dong, Nam-gu, Busan, South Korea. Her family consists of her mother, sister, brother, her dog Gamja, and cat Yona. Becoming a singer was her dream since she was 14. She auditioned for JYP Entertainment but didn't make it. She then auditioned for Stone Music Entertainment and made the cut.

On July 17, 2017, Yuri joined the survival reality television show, Idol School, but she was eliminated in Episode 10 [1] and was placed 15th in the final ranking, thus, ultimately failed to debut as the winning group, Fromis_9.

On May 11, 2018, Yuri was announced as a contestant on Produce 48, as a trainee under Stone Music Entertainment. She is known for having a husky but powerful voice. She was apart of a performance team named Memory Fabricators along with Kim Chae Won, Yabuki Nako, Jang Gyu Ri and Na Go Eun. On August 30, she finished the competition with 294,734 votes, debuting as a member of the project group, IZ*ONE.

Yuri revealed a teaser on her social media accounts of her upcoming solo debut. On October 7th, 2021, she debuted as a soloist with the single album, GLASSY. 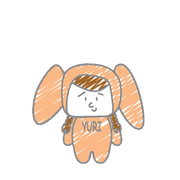